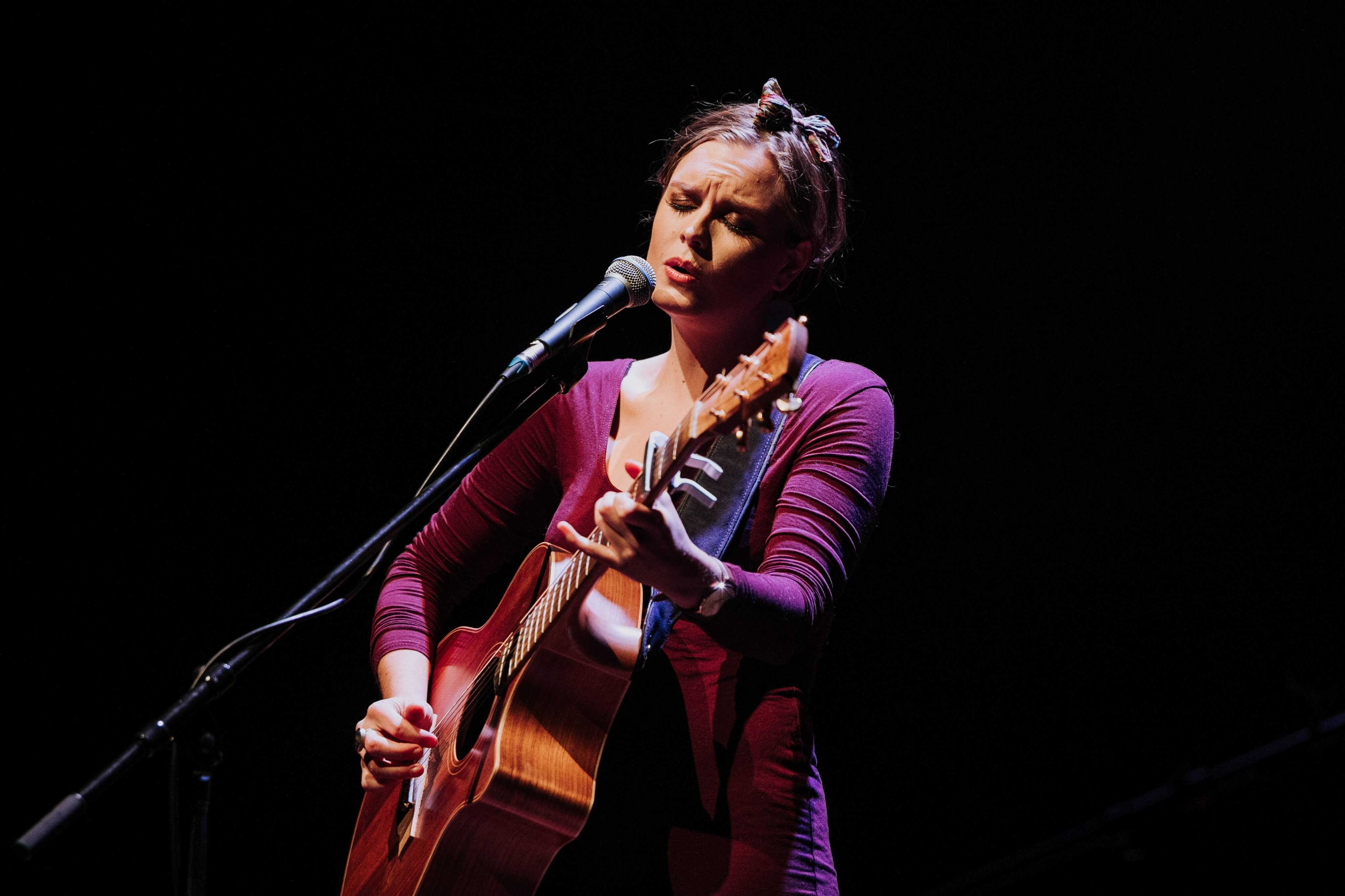 Whist touring in the South of France in 2019, Katie met the virtuoso trio, named Pastel Royal, busking in the street, where she joined them for a spontaneous street concert.

This fortuitous meeting has led to many other combined shows and now, ultimately a West Australian tour.

Pastel Royal are made up of 3 conservatory qualified jazz musicians featuring gypsy jazz guitar, double bass, and ultimately the sensational sultry sound of the clarinet.

The show will feature Katie’s exceptionally powerful and smooth voice, and Pastel Royal’s blend of French music and jazz, bringing some fresh flavours and sounds to West Australian ears. 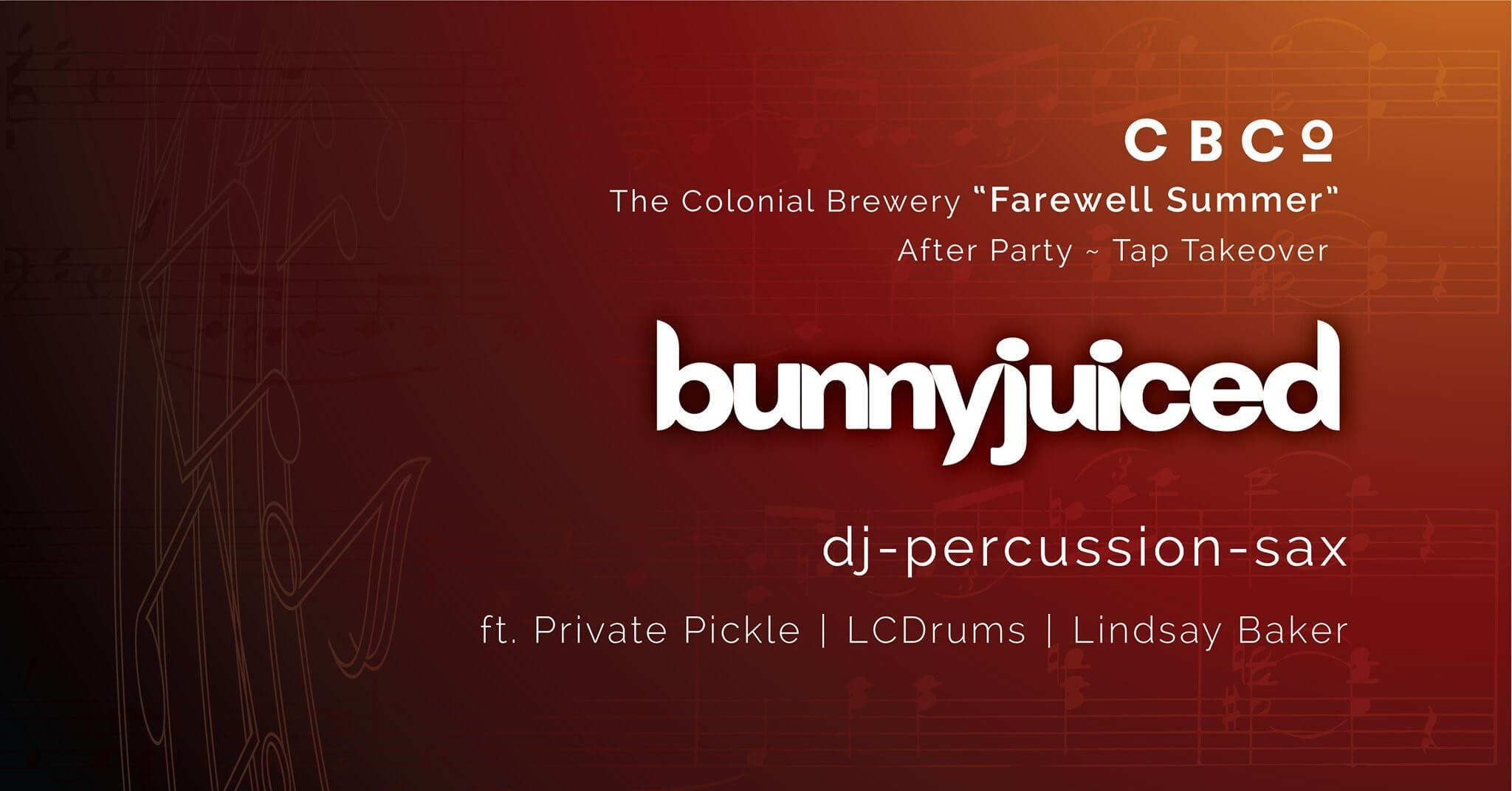 Colonial Brewing Co Margaret River are taking over the taps at Morries on Long Weekend Sunday, March 1. Dinner and drinks all night long with music kicking off at 9.30pm; where the party really gets started with a fusion of Dj sets by the one and only Private Pickle combo'd with LIVE music from drumming savante Lee Cummings (LC_Drums) and sax extraordinaire Lindsay Baker... now formally 'bunnyjuiced'.
-
Simply a night of quality entertainment and excellent beer on a night where you'd usually be in bed by the time it begins! 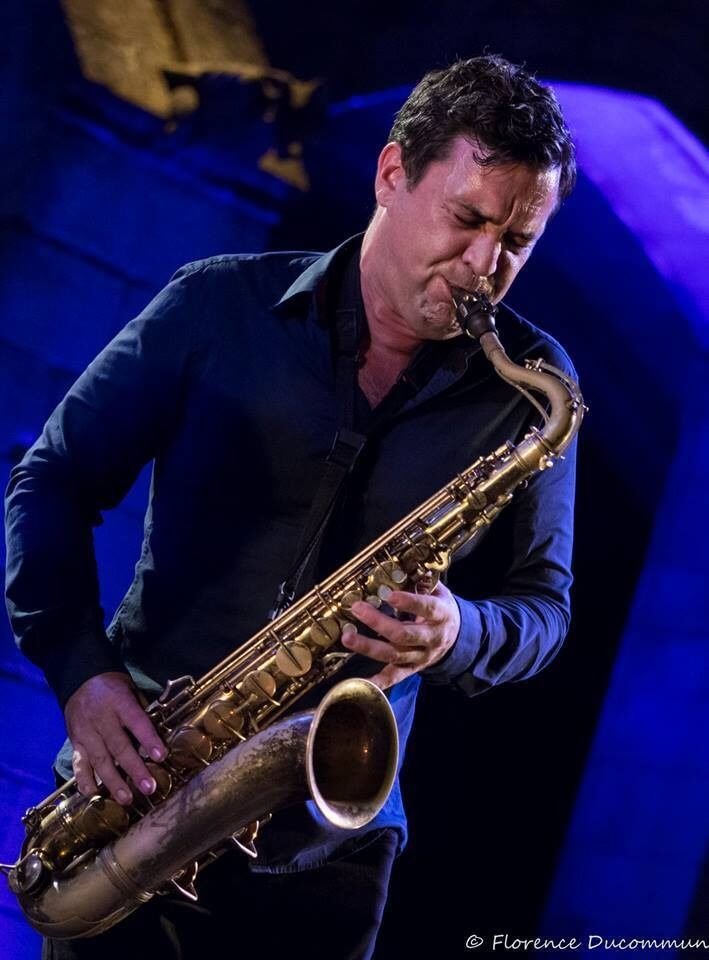 London based saxophonist Brandon Allen hits the southwest as part of a nationwide tour, promoting his new album "BATL Quartet LIVE".
Originally from Perth, Brandon relocated to London in 2000 and over the past 20 years has established himself as one of the most in demand saxophonists in the UK and Europe.
He has performed with many varied artists including ‪Eric Clapton‬, ‪Paloma Faith‬, ‪Neil Diamond‬, ‪Gary Husband‬, ‪Stefano Di Battista‬, ‪Jools Holland‬, US3, The Blockheads, Ronnie Cuber, Mark Nightingale and others.
He is the saxophonist in the ‪Kyle Eastwood‬ Band, touring internationally for the past 5 years as well as being heavily featured on 3 of Kyle's critically acclaimed albums.
Shortly after this Australian tour, he will be joining Kyle on a tour of the Far East, performing at The Bluenote clubs in Beijing, Shanghai and Tokyo.

He will be playing standard jazz repertoire and also some funkier tracks that he has produced.

NYE is fast approaching ... can you believe it?

Café De Flore ... a famous coffee house in Paris in the 1920’s where the rich and famous would congregate and want to “be seen”.

RENARD ROUGE ~ Gypsy 20’s swing with a French theme. Then to finish the night off, DJ SARA MONY will pump out some dance floor party classics with a speakeasy style.

$35PP, this includes band, DJ and sparkling wine at midnight.

ALL TICKETS PURCHASED INCLUDE A GLASS OF JEAN PIERRE SPARKLING WINE AT MIDNIGHT! 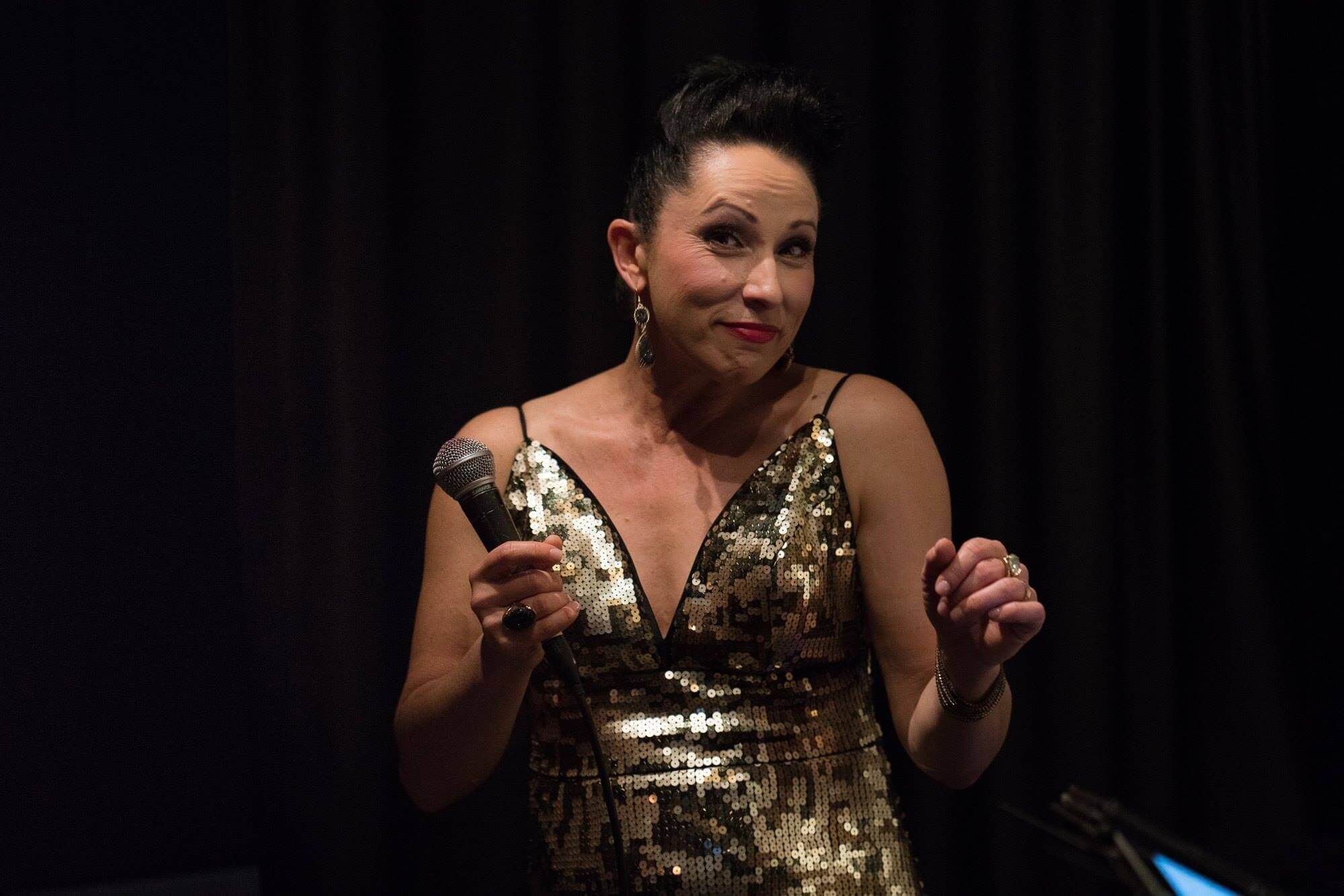 Libby Hammer is one of Perth's premier jazz vocalists. With a background in musical theatre and circus, along with five years of music study and 16 years of music industry experience, she has developed a solid reputation in Western Australia as an accomplished jazz singer, bandleader and vocal coach.

Libby started working as a professional jazz singer in 1996, a year before her graduation from Western Australia's Academy of Performing Arts at Edith Cowan University, and since then has enjoyed a solid schedule of performances in a variety of settings.

Destined for the stage and with extra skills from her many years as a young gymnast, Libby performed in musicals as a child, both professional and amateur. Her professional roles included a chorus part in the WA Opera's La Bohème and the character 'Pepper' in the National Theatre's Annie, both at His Majesty’s Theatre, in 1981.

She performed in amateur productions throughout her high school years and language studies at the University of Western Australia, where she earned a bachelor's degree majoring in French. In 1990, soon after graduating from UWA, Libby was performing professionally again, this time in the circus musical Barnum, again at His Majesty’s Theatre. Having trained intensively in circus skills for this production, Libby worked for a few years as a birthday party clown, costume actor and singing telegram deliverer, before discovering the enticing sounds of jazz music. 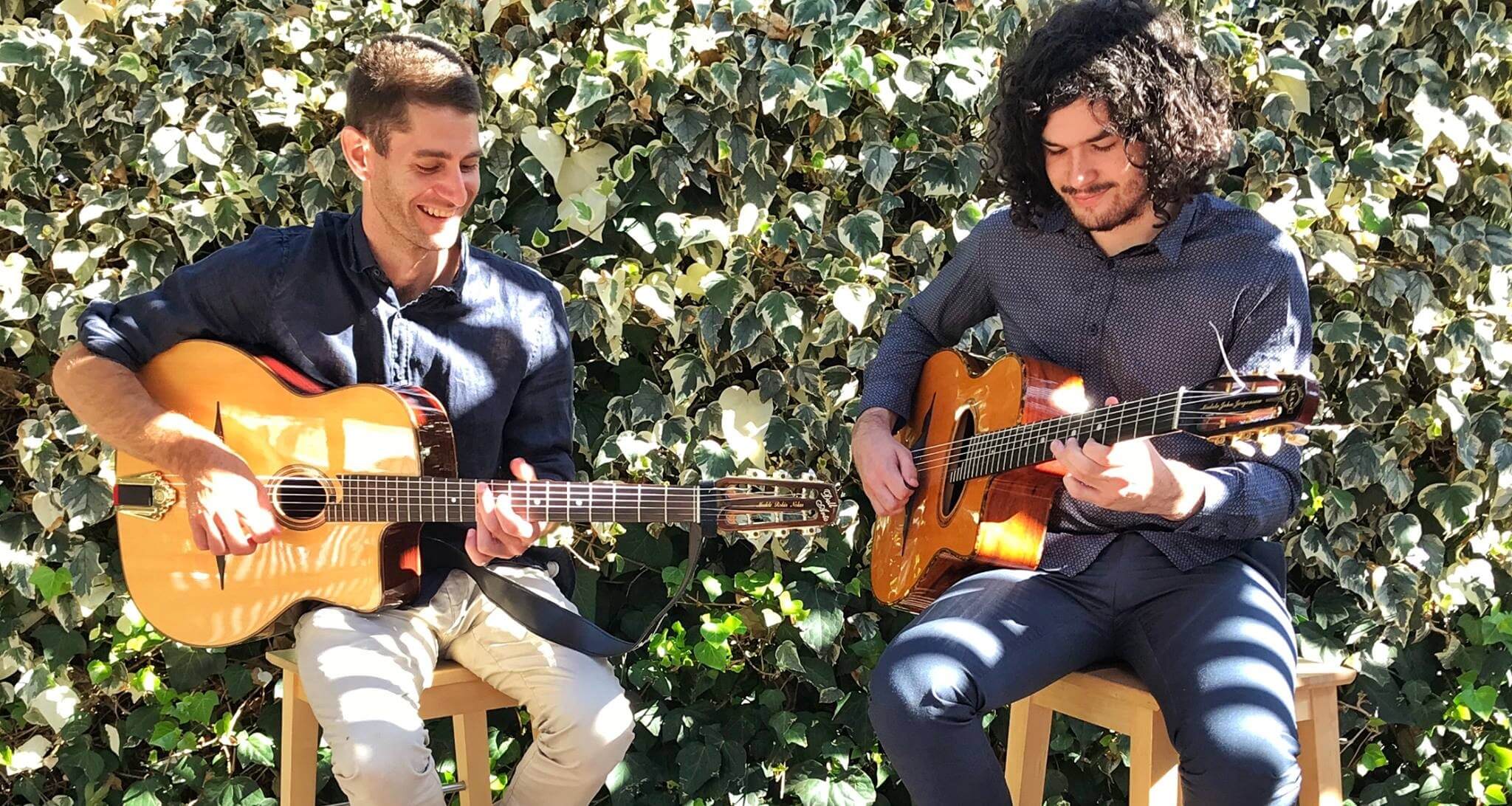 It's the first night of Gourment Escape in Margaret river! What better way to get in the mood than to swinging along to a trio with an locally distilled martini!

Chris Dombrose (ex WAAPA) is a multi-instrumentalist and singer. A versatile musician, he is equally comfortable playing guitar, piano, bass, accordion or Greek bouzouki and has performed in a wide variety of styles. This includes leading a Hendrix-esque guitar-driven rock trio; channelling Bob Dylan with solo acoustic guitar and harmonica; and playing bouzouki in a family trio sharing the music of Greek icon Vasilis Tsitsanis.
​